A NEW release by David and Jason Benham.

BECOME THE BRIDGE BETWEEN HEAVEN AND EARTH. 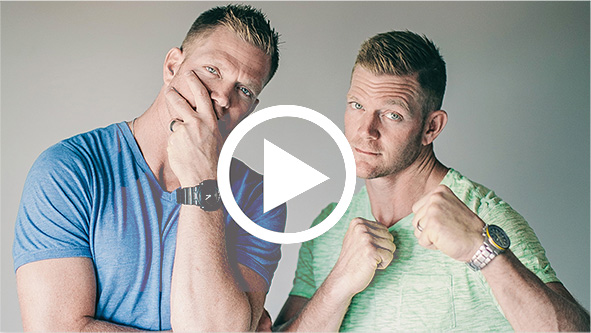 The world doesn’t need more bullies who stand firmly for the truth but ignore their own brokenness. The world doesn’t need watchers who are broken over sin but won’t act boldly for the truth. The world needs you: a faithful and courageous believer in a loving God whose truth has the power to transform a dying world. Do you ever feel like God is calling you to act but don’t know where to start? Have you ever wondered how to reach out to a person in love when they hate you for your faith? Do you want to stand firm when it feels like the world is against you and your beliefs? After wrestling with these questions personally, twin brothers and real-estate moguls David and Jason Benham have good news for you: God wants to use both your boldness and your brokenness to accomplish his purposes.

The Benhams know what it means to be broken. In 2014, the brothers watched their dreams ripped apart when HGTV scrapped their upcoming reality show. Rather than abandoning their beliefs to their loss and the sting of hateful accusations, the brothers stood boldly in their faith and turned their brokenness into a bridge to reach others with compassion.

From the rush of the London subway system to the deafening cheers of Chicago’s Wrigley field, the Benhams use personal stories and sound biblical teaching to show you how your everyday struggles are your strongest tools toward understanding the needs of others and boldly accomplishing God’s purposes. Now is your moment to step out in boldness to become the lifeline between a dying world and the God who lovingly saves. Join the Benhams and discover how Christ can transform your brokenness into an indispensable tool of courage and strength.

To help you get the most out of this book, we put together this little study guide. It’s not time-consuming, and it’s not hard; it’s just a short summary of each chapter of the book, followed by a handful of questions—what would you do, what should you do, and what will you do?—to help you probe those lessons more deeply.

Twin brothers, David and Jason Benham, are former professional baseball players, best selling authors, speakers, and nationally acclaimed entrepreneurs. Their rapid rise to success earned them a reality show with HGTV set to air in the Fall of 2014 – yet the show was abruptly cancelled because of their commitment to Biblical values.

Appearing on CNN, Fox News, ABC’s Nightline & Good Morning America, the Benham’s continue to stand up for what they believe and encourage others to do the same.
The brothers are happily married with a combined 9 children and live in Charlotte, NC. Their best selling book, Whatever the Cost, shares their story along with Biblical principles that equip you to live courageously in today’s culture.

WHAT LEADERS ARE SAYING

“I’ve asked God to show me how to be a tool in His hand as He builds His Kingdom, one person at a time, and exports the principles of Heaven to Earth. David and Jason Behnam’s new book is full of wisdom, funny stories, and a practical answer to that prayer! Not only do they tell us how to join with God in this cosmic-sized mission, they inspire us with examples of real people who are doing it today! This book will challenge you, motivate you, and guide you as you seek to live a life of connecting Heaven to Earth.”
— Kirk Cameron, television and film actor

“In our increasingly divided and secular culture, David and Jason Benham are a breath of fresh air with their unapologetic devotion to Christ and their love for others. They are some of the most mission-minded people I know, constantly seeking to bring the mercy and truth of Jesus to those who cross their paths. Bold and Broken is sure to light a fire under many folks who long to have an eternal impact for the Kingdom.”
— Jim Daly, President of Focus on the Family

“We love the Benhams and their courageous hearts for sharing the love of Jesus in tough places and their ongoing passion for helping people and proclaiming the Word of God.”
— Stephen Kendrick, producer of War Room, Courageous, and Fireproof

“Faith in God and sacrificial service built America into the greatest, most prosperous nation in human history. Unfortunately, much has changed, and the results are devastating to our family, friends, and neighbors. David and Jason Benham have dedicated their lives to pointing the way back to a nation God can bless again. More than that, they are leading the way with their lives, ministry, and now this book. Bold and Broken is packed full of the inspiration and equipping we need to pull America back from the brink. I strongly encourage you to buy, read, and share it widely.”
— David Limbaugh, bestselling author of Jesus is Risen and The True Jesus